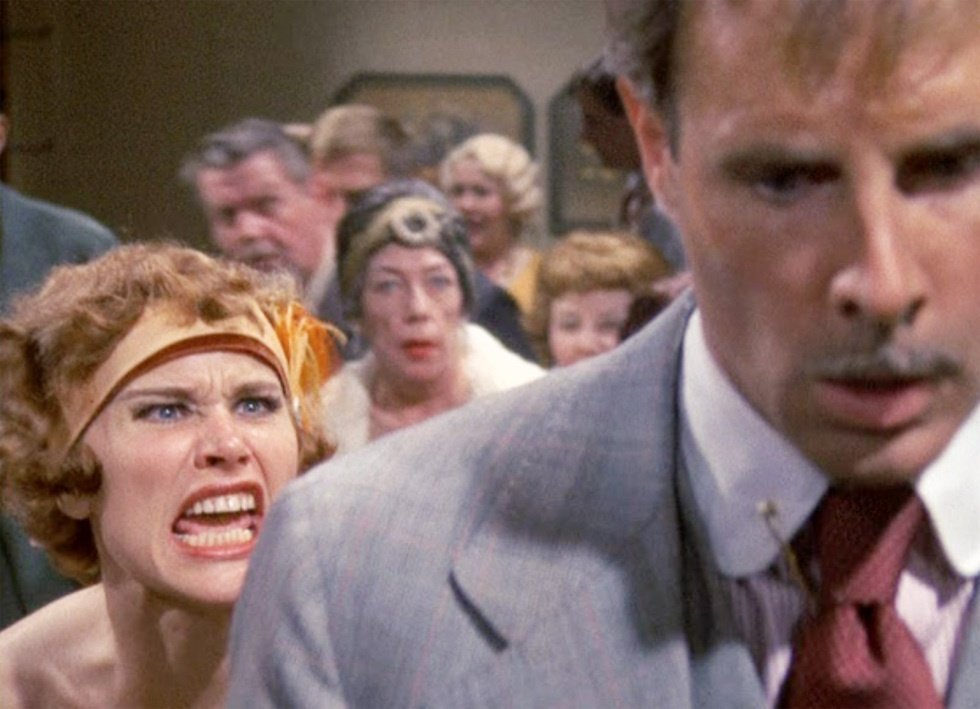 The Great Gatsby is a novel written by Scott Fitzgerald which follows a cast characters living in the fictional town of West Egg on prosperous Long Island in the summer of 1922.

The story is about a young and mysterious millionaire Jay Gatsby and his passion for the beautiful Daisy Buchanan. This movie explores themes of decadence, idealism, resistance to change, social upheaval, and excess. It creates a portrait of the Jazz Age that has been described as a cautionary tale regarding the American Dream.

In the movie, ” The Great Gatsby” the contrast between how Tom (Daisy’ Husband) treats Miss Wilson (a poor married woman from New York & Tom’ mistress) and how Gatsby treats Daisy (rich married woman)  is well illustrated. Tom is spoiling Miss Wilson with expensive gifts in her room in which the husband does not have the power to control her.

It is proven that a man with money can do anything he wants with any woman even with someone else’s. In contrast, they contradicted this idea of power and wealth by demonstrating Gatsby and Daisy having picnics together; both are experiencing “real” love, they are doing simple things and Daisy is only happy just by smelling Gatsby’s blouses.

In the scene of Gatsby and Daisy, there is no sexual relationship and Gatsby respects the idea that Daisy has a husband. Nonetheless, Gatsby goes to his own parties when he started, in a fantasy way, a new relationship with Daisy. This confirms that he is not avoiding reality; reality becomes a part of his escape. In one of the parties, Gatsby and Daisy were escaping together. Tom was furious because he did not see Daisy most of the time during the party.

At the beginning she seems to be very nice, elegant and humble. But in the end, you realize that she is simply egocentric, egoistic, self-centred and greedy. She tells to Gatsby that “rich girls do not marry poor guys”. The fact that Gatsby was poor before did not drive her to wait for his return from the war. And she did not even bother telling him that she was pregnant for him.

She made Tom raised a child that is not his. She evidently thinks about herself only, not even how her own child could feel about her real father. Gatsby is shocked when he meets Daisy’s girl; he realized that the little girl looks like him and he made the counts based on her age. Daisy asks her to say “hi” to Gatsby and shows her how she likes him. Daisy emphasizes on the fact that she does not look like her father but mostly like her.

Tom was not present in that scene; the narrator makes sure Tom will be out of the picture at that time.  Daisy is unable to control the situation; she kisses Gatsby in front of Nick and Jordan who reminded her about the presence of Tom in the other room. She answers, “I do not care.” She insisted on going to town because it was too hot. Tom answers all her impulsive change of mind. Basically, she has two men who are willing to answer all of her desires

Credits: On the Screen Reviews

A False Consciousness: One Psychological Escape

Marx says that “alienation takes place when human beings lose the connections they have to their own species since, under capitalism; labour is turned into a physical rather than a creative act”. Like animals humans are asked to perform labouring by relinquishing their conscious being.

Based on Marx’s theories of alienation and false consciousness, for that reason human tends to escape differently. If I compare Georges Wilson and Gatsby’s type of escape, it is not very much similar. Gatsby is spending money by throwing out parties and Georges Wilson wants to escape by asking Tom money.

As well as the type of avoidance between Daisy and Miss Wilson differs. Daisy wanted to drive Gatsby’s car; I bet at that time, it could have been one of the several times she drove because women were not really driving a lot, so for me I understood that she could have been escaping by driving. And Miss Wilson, wanted to escape after being locked by her husband, then she did not succeed because she had been hit by Daisy and died.

In other words, sometimes when you are very much alienated you cannot really escape. All those examples illustrate how the poor people do not really have the choice in life and when they want to do things against the rules, they get punished very hard.

The Power of Control

The above-mentioned analysis of the characters pays specific attention to the development of the power of control. The power of control is very much present in the movie; for instance, women cannot do what they want.  The fact that Daisy is married, Gatsby takes more precautions while Daisy is with him. He says to Nick that “he sent the workers home in order to not make gossip because Daisy comes a lot in the afternoon”.

Nonetheless, Tom did not care about his mistress’s husband who was mostly speechless. The narrator made him speechless basically because he did not have money. This relates to the theory of Marx on false consciousness. Daisy invited Gatsby to his house and Gatsby is able to eat with Tom because it is about two men with money.

Obviously, Tom is very jealous because men always tend to have that idea of controlling anything they want. It is well presented that Daisy acts like she does not care; she is a careless person. In the scene, at Daisy and Tom’s house, in the dining room, Tom says that “the sun is getting colder every year ” referring to his relationship with Daisy’s. In other words, the sun will clearly be able to come back hot and even be hotter, which proves that Tom has hope.

The Importance of Social Class: An Alienation

Besides, the power of authority and the fact of holding on traditions are the important issues in this movie. There is also a critical image of wealth expressed. Gatsby and Daisy’s houses are very big; they have workers and butlers in their houses.

Nevertheless, it is hard to keep traditions in modernity; the fact of having a big house makes the human being alienated in his own technology and yet he/she feels lonely. Daisy and Tom barely meet in their house and they hardly see their daughter who is being taken care of by one nanny.

When Tom goes to Miss Wilson house she has to put music out loud in her room and she has to leave subtly. No matter how much Miss Wilson wants her husband to leave, he will never do and she cannot really hide from him. In the end, it is revealed that Georges had locked his wife in their bedroom because he was wondering that she was cheating on him with another man.