Wealth as a corrupted escape in ”The Great Gatsby” 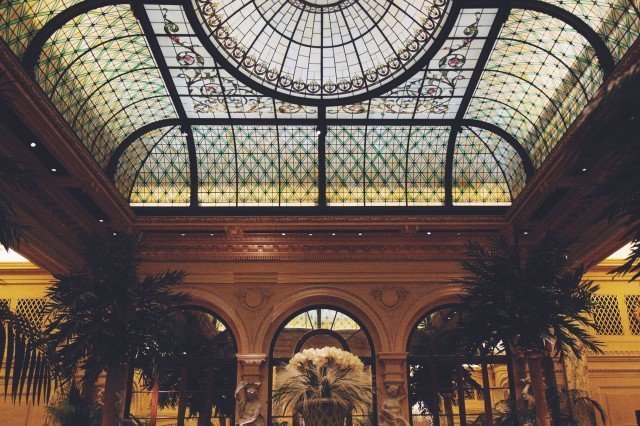 The Great Gatsby is a novel written by Scott Fitzgerald which follows a cast characters living in the fictional town of West Egg on prosperous Long Island in the summer of 1922.

The story is about a young and mysterious millionaire Jay Gatsby and his passion for the beautiful Daisy Buchanan. This movie explores themes of decadence, idealism, resistance to change, social upheaval, and excess. It creates a portrait of the Jazz Age that has been described as a cautionary tale regarding the American Dream.

I have watched it more than twice and I think that it is a remarkable movie. It indicates at different levels, the importance of social status, and the influence of stereotypes in our Western society. It expresses how society teaches us how to act, react and how to feel about our emotions.

The thoughts of symbolic interactionist such as Mead and Marx as a conflict theorist will be incorporated. This movie describes well our Western society, especially our capitalist concept in which power and control are emancipated.

An Influence of Marx Theory of Alienation

This theory could be involved in situations where people are modified by their social status given by the state. The “Great Gatsby” proves the conflict within social status when it comes to personal relationships and the creation of the self. Regardless, this movie manifests the conflict of the state influencing our private life.

Description of the Main Characters

The story takes place with Nick as being the narrator. Nick is easy going, occasionally sarcastic and initially optimistic. Jay Gatsby is a young and mysterious millionaire with shady business connections; he used to be a bootlegger. He is not present at first in the movie. He makes everyone wonder about him.

Throughout the movie, you understand that he is interested in Daisy who is attractive and effervescent. They once had a romantic relationship together before Daisy married Tom ; as well as before Gatsby goes to war. Her choice between Gatsby and Tom is one of the central conflicts expressed in the movie.

Gastby was not a rich millionaire back then, therefore, Daisy chose to marry Tom instead; who was a millionaire living on East Egg but an imposing and arrogant man. Through the development of these characters, The Great Gatsby tells a story of glory, first preceded by conflict.

Nick as the Narrator: The Middle Character

Further on Nick’s description, I got to understand that as the narrator he was the outsider of the environment. He is able to report and inform anyone without using any emotional feelings. He is real, rational, humble, sincere and more concrete because his information is not based on any personal aspect. As Daisy’s cousin and the neighbour of Gatsby, his role is being described as being in the middle between those two important characters. He is not very rich and not accustomed to Daisy either the type of life she is living.

How Power & Alienation Is Expressed

The theory of Marx on alienation and labour demonstrates how we are chosen in our society depending on our social status. Moreover, the movie allocates well the clash between rich and poor people; how they tend not to fit together because of their different ways of living and thinking.

Marx did not go further in the power of authority in personal relationships but since my research question is based on the conflict between the public and the private, I have chosen this theory to exemplify the public aspect. Marx interprets how the workers become alienated when the means of production falls into private hands, and labour is thus subject to the demands of the marketplace.

Even so in the scene where Gatsby meets Nick, he clearly told Nick, “ how he is not a very good host and How he does not like parties in reality”. Gatsby avoids reality by making many parties and he makes people wonder about him by not being present in them.

To explain this viewpoint of alienation, I focus on the main character, Gatsby, whose identity changes throughout the movie. In the beginning, you have the opportunity to question yourself whether he is the main character or not because you do not often see him.

Several parties are held at his house and there are a lot of people who go there and who do not even know him. This leads to social criticism, people gossip a lot on Gatsby, the reason for malicious conditions of the society in flawed social structure has been located. People adhering to a social critic aim at a practical solution by specific measures, often consensual reform, but sometimes by powerful revolution.

In the scene, at the hotel room when they went to town; it is well shown that Gatsby is criticizing the marriage of Tom and Daisy. This illustrates how Gatsby learns whether he is a good player or not, whether he is successful or not. He quotes, “Daisy has never been in love with you.” Tom states, “ […] evidently she has been in love with me once […] just like I did”. This proves how Gatsby is sure that Daisy loves him not Tom.

Gatbsy wants more by willing to do anything in order to get Daisy back. Gatsby retains the capacity to be spontaneous and even rebellious; he wants a change. Gatsby only uses the “I”  (Mead Theory) which involves the action but he did not think about the reflection of the “Me”.

The “I” is the subjective side of the self which is a manifestation of human impulses and needs. It is spontaneous, impulsive and creative.

In contrast, the “Me” is the conventional side of the self; it is a manifestation of the attitudes of others that one assumes towards oneself. Gatsby will be having the manifestation of the attitudes of Tom and surprisingly of Daisy as well who will tell him that “[he] wants too much”. In the end, Gatsby simply gave irrational impulses without allowing self-critique.

Tom and Daisy find great opportunities to escape their sins. Tom has a corruption of self throughout time by taking Daisy for granted but in the end, he wants Daisy back; he does not really care for Miss Wilson, even after her death. Miss Wilson was clearly a moment of joy for him; her death became a solution for his life and his marriage with Daisy.

He was able to make Georges Wilson cleans his mess for him just like Daisy let Gatsby handles hers. As you may know, Georges Wilson killed Gatsby at the end of the movie after Tom made him believed Gatsby was the man his wife cheated with.

Georges used the slogan written in the advertisement board next to his house, which says; “God sees everything”; it demonstrates how he wants to emphasize the idea of human not actually having any control of their lives and God will make you pay for your sins sooner or later.