The evolution of digital health technologies 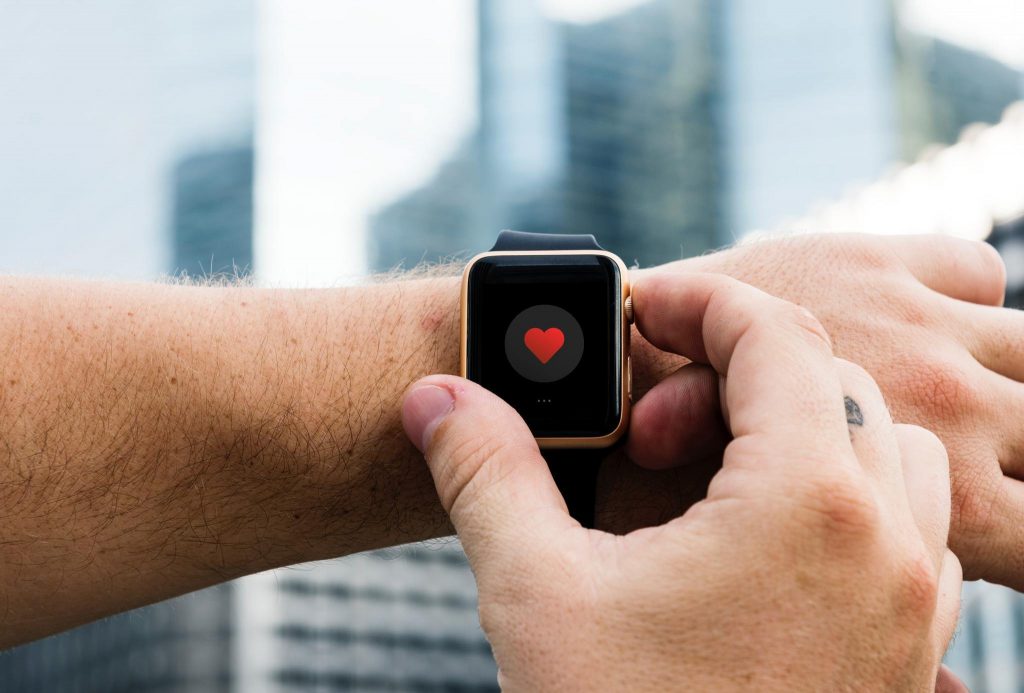 Recent research in the Journal of Occupational and Environmental Medicine suggests that those businesses with strong health and wellness programmes perform better than those without and those organisations that choose to embrace health technologies could contribute to a healthier population at large and help their bottom line.

To optimize the situation, the World Health Organisation (WHO) is establishing a global multi-disciplinary technical group to advise on issues related to digital health.According to the WHO, its newly-established Digital Health Department will work to harness the power of digital health technologies and steer developments to contribute to the attainment of all people to the highest level of health through the General Programme of Work (GPW13) triple billion goals and Sustainable Development Goal 3 (Ensure healthy lives and promote well-being for all at all ages). World Health Assembly resolution WHA/71 A71 on digital health underpins this work.

To support this work, WHO is establishing roster of experts in various areas related to digital health, such as strategic approaches, areas for intervention and governance structures for regulations and adoption of digital health solutions and products. Some of those experts will be selected to be part of a technical advisory group, and others may be called on to be part of specific subgroups.

WHO said they would publish the membership of the advisory group once they receive responses and assess conflicts of interest.EY Global Health Leader, David Roberts, lists ten ways digital could transform healthcare.

Wearables
Smart health monitors that can collect personalized, real-time data, encouraging healthier lifestyles, and collecting reams of data to feed into medical research. Some companies have already introduced wearables into the workplace to boost performance. By monitoring the stress levels and health of their staff, companies can recommend healthier habits, often leading to higher productivity.

Organs-on-chips
A combination of advances in DNA sequencing and stem cell research has enabled researchers to grow miniature organs, based on patients’ own DNA. Connected to electronic sensors, they can measure response to treatment at a cellular level to understand which methods will have the most success before applying them to the patient.

Digital trend monitoring
By tracking keyword activity on social media and search engines, trends towards searches for particular medical symptoms are increasingly being used to help identify and respond to disease outbreaks.

Telemedicine
Mobile technology is increasingly being used to reduce pressure on healthcare systems by removing the need to travel to see a healthcare professional. This trend has enabled the development of creative solutions that leverage the ability of connected technologies to reach people who would otherwise find it difficult to access healthcare information.

Surgical robots
As well as enabling more precise surgery, which speeds up recovery time, the use of robotic surgical equipment can enable specialist surgeons to treat patients thousands of miles away, reducing the need to travel for treatment. In time, they may be able to operate independently.

3D bioprinting
The ultimate medical dream has come closer to reality – in February 2016, researchers at the Wake Forest Institute for Regenerative Medicine announced that they have successfully implanted 3D printed bone, muscle and tissue into animals.

Meanwhile, according to World Bank, as many as one billion people—15 per cent of the world’s population—have some form of disability, with around three per cent suffering from severe disabilities. For most of these people, accessing modern technology and all it has to offer presents a host of difficulties. Even something as simple as using a cell phone can be impossible.

Global Accessibility Awareness Day (May 16) aims to combat that. Launched in 2015, the day is designed to get everyone thinking and talking about improving digital access and inclusion for people with disabilities. In honor of Global Accessibility Awareness Day 2019, here are 11 innovations, published by Medical News Today, that are increasing digital inclusion for people with disabilities.

Braille keyboards/refreshable braille displays
Nearly 40 million people in the world are blind, according to the WHO. A further 217 million have moderate to severe vision impairment, meaning access to modern technological tools such as computers and smartphones is not straightforward, and can sometimes be impossible. However, with the advent of braille technology—first keyboards and later refreshable braille displays—many blind and visually impaired can use modern technology that was not designed with them in mind.

Voice assistants
The rise of technology is bringing about a frictionless world, where carrying out tasks is becoming less and less manual. Voice assistants like Siri, Alexa and Amazon Echo allow people to do everything from order groceries and taxis, call loved ones, send emails and look up information all without much movement at all.
While it is convenient for able-bodied people, it can have a huge impact on the lives of those with physical disabilities or those with physical functioning difficulties, of which there are 38.2 million people in the US alone.

Voice technology has also expanded into the home, with the likes of Apple’s HomeKit and Google Home, meaning physical tasks such as controlling the heating, lighting, music and more has not only become digital, but also much more convenient. However, there is still a way to go for voice assistants when it comes to meeting the needs of those who have difficulties with speech and using their voice.

Smartphone-ready hearing aids
The WHO estimates that by 2050, nearly one billion people will have ‘disabling’ hearing loss. Living in a world dominated by portable communication devices such as cell phones can feel incredibly isolating. However, technology has adapted to ensure people suffering from hearing loss are able to make the most of the latest innovations. Major technology companies have been working with hearing aid designers to ensure their devices are compatible with the hearing aids that people need to rely on every day.

Video calling
Smartphones have grown from luxury devices to must-have basic essentials. According to Pew, 2.5 billion people have one—digital communication has never been so integral to everyday life. However, people suffering from hearing loss for a long time couldn’t use the very thing that made cell phones so useful: making calls.
The rise of face-calling, be it through Skype or Apple’s Facetime, allows deaf people to talk to family friends through sign language or lip reading, thereby opening up the fundamental feature of digital communication devices to them.

Live-captions
Seattle in US has recently passed a law that will require venues such as restaurants, bars, gyms and even stadiums to use live-captions on their TV sets during business hours. This is where the audio on TV is converted into subtitles in real-time, opening up many more opportunities for people with hearing difficulties to enjoy modern technology.

It even extends to the workplace, with the likes of PowerPoint introducing live captions and subtitles, allowing deaf and hard of hearing people to enjoy real-time subtitles during presentations. Google also revealed its own live-captioning service at its 2019 I/O, which will transcribe any audio or video including apps like YouTube and Instagram, and even videos the user makes themselves.

Assistive touch
Assistive touch on smartphones like Apple and Android allows people with limited motor functions use products that require frequent and specific gestures like tapping, scrolling, pinching and swiping. It also allows users to create their own shortcuts and gestures, as well as adapt how users interact with the screen, for example, changing how long you touch the screen for before it is processed as an action. This feature allows users to move across the screen without clicking on something until they are ready.

Touch-free technology
For some people, the use of their voice or most of their body is impossible. Stephen Hawking famously communicated, worked, lectured and gave interviews despite suffering from ALS, a motor neurone disease that left him almost completely paralysed. He managed to do so through a computer created by Intel, which was operated using Hawking’s cheek muscle movements. Over time, more mass-market ready products and eye-tracking technology emerged, allowing people to control their computers and smartphones simply using just their eyes and head movements.

Assistive apps
It is not just hardware that has evolved to be more digitally inclusive. Whole apps are dedicated to ensuring everyone, whatever their needs, can enjoy modern technology. Some even go further to help users not only get the most out of digital life, but also offline. Apps like Be My Eyes connect blind or low-vision people with trained people who provide visual assistance through video calling. Other apps help colour-blind people by announcing the color to them or by playing music while retaining the sounds of their surroundings.

Smart-glasses
While Google Glass failed to make an impact on the mainstream market, its legacy lives on in companies like AIRA, which uses the concept of smart glasses to help people stay connected online and off. AIRA’s smart glasses were originally based on Google’s smart glasses designs. The company uses smart glasses to connect blind people with trained staff who can describe their surroundings to them. Other companies, such as NuEyes, have created smartglasses that help people with low-vision by doing things like zooming in, changing color and contrast, reading out text and scanning QR/Bar codes.

Gaming controllers
According to a US survey conducted by Electronic Entertainment Design and Research, 43 per cent of Americans use gaming consoles, while 52 per cent use computers as gaming platforms. The video game industry has never been more popular, scoring revenues pushing $44 billion in 2018—a new record. And digital inclusion in this sphere has never been more important. Navin Kumar, the director of Product Marketing at Xbox, revealed in 2018 that 14 per cent of Xbox gamers have a temporary disability, while eight per cent have permanent mobility limitation. With that in mind, Xbox released a new Adaptive Controller that caters to gamers with disabilities.The controller is compatible with external joysticks, pedals and more. There are also rumors that the gaming console will release a braille controller sometime in the future.

Games
It is not just gaming controllers that are being created to ensure people with disabilities are not left behind. Games themselves are evolving to adapt to different people’s requirements. Wraith Games has a team of game designers and artists, 75 per cent of who have a disability, and the game company has created Collapsus, the block-crunching game, which has an abundance of disability options. Even bigger budget games, such as Naughty Dog’s Uncharted 4, are making their video games more accessible, allowing gamers to make control and action changes that work for them, for example, changing button taps to holding. The game consulted Josh Straub, the editor-in-chief of DAGER, (Disabled Accessibility for Gaming Entertainment Rating System), who has cerebral palsy and has been wheelchair bound his whole life.

Article taken from The Guardian Nigeria